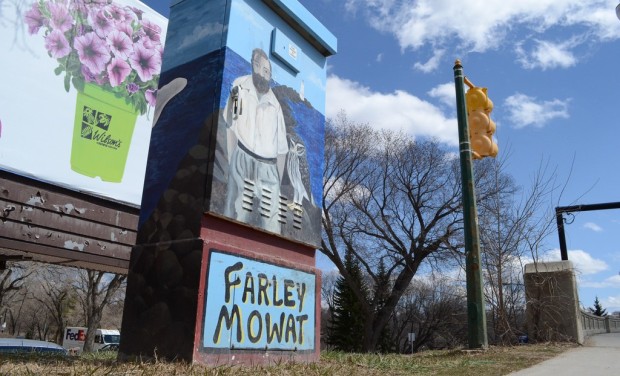 Would you be willing to hang out with wolves in the Arctic? How about spending your time following Caribou around? This week on Terra Informa, we pay our respects to the late Farley Mowat, environmentalist extraordinaire (who happens to be a friend to the wolves.) And, we’ve got your environmental lit covered this summer with our new column, Summer Reading, kicking it off with the book Being Caribou by Karsten Heuer. 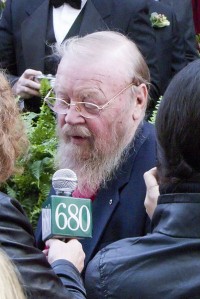 Mowat, the great environmentalist, passed away this month at the age of 92. (Photo credit: Tabercil/Wikimedia Commons)

May 6th, 2014 marked the end of an era for Canada. One of the great environmental storytellers passed away at the venerable age of 92. After nearly a century of changing the way people thought about the natural world, Farley Mowat reportedly wrote until the day he died, on behalf of those whose voices were not being heard. He told us tales about the animals, and he spoke to us about the indigenous peoples of Canada. He was a storyteller who wove the wilds of this country into our collective imaginations. Here, Morgana Folkmann and Yvette Thompson speak to several prominent Canadians that have been touched by Farley through their own work.

This summer, we encourage you to read along with us in Terra Informa’s Summer Reading Club!

Our first recommendation of the summer is Being Caribou by Karsten Hauer, based on Hauer’s and his wife Leanne’s outings with Porcupine Caribou. To glean what impact proposed development might have on this mighty species, they decided to follow the 123 000-strong herd for one migration season. After returning, the couple told their story in Washington, DC and Karsten wrote the book Being Caribou based on their tales in the wild.

Let us know what you think of the book at terra@cjsr.com or on Twitter @terrainforma, and we’ll feature your comments in one month’s time.