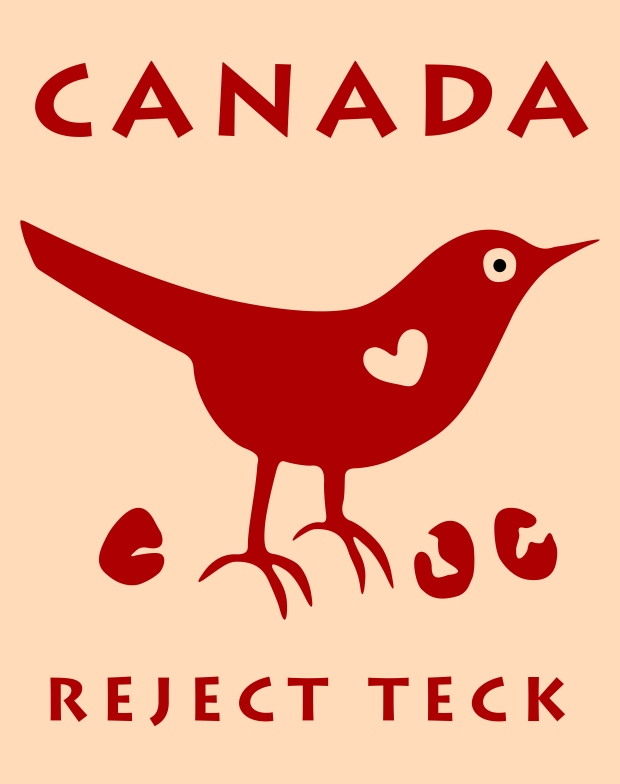 This week on Terra Informa we share the second part of an interview with Eriel Deranger, co-founder and Executive Director of Indigenous Climate Action, where we talk about what it means to live in relation to each other and the environment.

In Reject Teck Part 1: Who is Teck?! we shared a background on the mining company Teck Resources Ltd and Eriel explained why the proposed Frontier Oilsands Mine should be rejected. Just before we aired that episode on February 25th, the RejectTeck campaign tasted sweet sweet victory.

Teck rejected itself in a letter published February 23, where it removed it’s application for environmental approval.

While that project has been shelved, the interview we share with you today is deeply relevant because it covers themes that include the ongoing way we approach resource projects, the environment, and each other across this country. Eriel is organizing and campaigning about more than one oilsands mine. Indigenous Climate Action is an Indigenous climate justice organization. That means working to put Indigenous rights and leadership front and center in a climate transition strategy that protects the land, water, and resources we all rely on.

This week on Terra Informa we share the first part of an interview with Eriel Deranger, Executive Director and co-founder of Indigenous Climate Action, one of the organizations behind Reject Teck. Reject Teck a grassroots campaign challenging the Teck Frontier oilsands project and the Canadian government, that has made headlines at COP25, Fire Drill Fridays, and in other news. Eriel has a lot of knowledge to share about the Teck project, the larger resource development process in Canada and Alberta, and organizing to protect the environment and take climate action.

Update: As of February 23, 2020, the Teck Resources Ltd has withdrawn the Frontier mine project from the environmental assessment approval process.

This week on Terra Informa, we dive into the archives to bring you two pieces with an indigenous focus. First Dwayne Donald, a Professor in the Department of Education at the University of Alberta emphasizes the importance of storytelling in education through his unique position in the academic and Aboriginal communities. Today, we bring you the story of The Buffalo Child, as told by Dwayne Donald. We also revisit an interview with Eriel Deranger, an indigenous rights advocate and a member of the Athabasca Chipewyan First Nation (ACFN). She highlights the current climate crisis faced by Indigenous peoples of Alberta and the moral and legal obligation of governments to work with Indigenous peoples in building progressive and aggressive climate change solutions.

The Supreme Court of Canada has overruled the National Energy Board’s approval for a consortium of Norwegian energy companies to perform seismic testing near Clyde River, Nunavut. The Court found that the NEB did neither clearly nor sufficiently consult the community and failed to assess the impact of the proposed seismic testing on the treaty rights of the Inuit. Though Clyde River’s former mayor Jerry Natanine, who first took the case to court, has said that the community is not entirely opposed to development, he applauded the decision for the ‘seemingly impossible case.’

In Alberta, scientists with the Canadian Forest Service and the University of Alberta found that the Aspen forests damaged by the 2016 Fort McMurray fires are recovering. They have found around 100 new sprouts for every mature or dead tree counted and that growth is strongest where the fire hit the hardest. The findings will also be used to guide logging and oil sands companies reclamation efforts.

This month, two California counties and a city decided to take legal action against 37 oil and coal companies for their roles in climate change-related damages including rising sea levels which may threaten San Francisco’s airport, BART subway, and highways. The group is claiming that these companies, like tobacco companies, misled the public and created a ‘public nuisance.’ This lawsuit follows a recent report that since 1988, 100 companies have been emitting more than 70% of global greenhouse gases This report affirmed a similar study published in 2013 which found that just eight companies have been responsible for more than 20% of global greenhouse gas emissions since 1885.