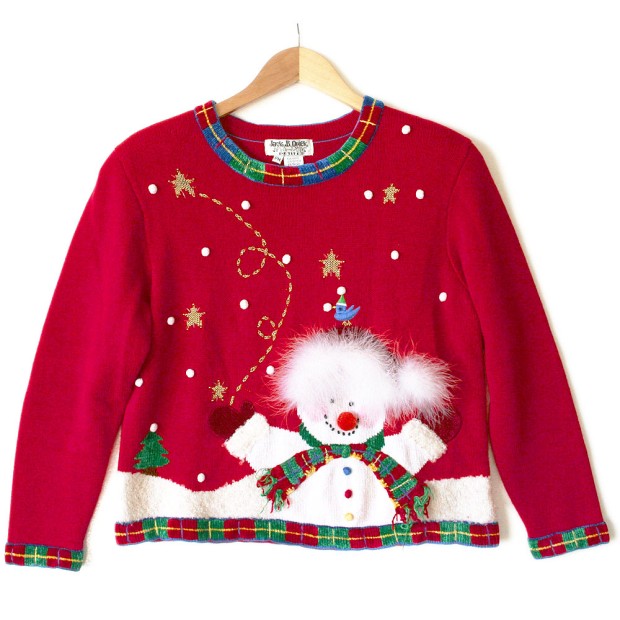 This week on Terra Informa, we revisit a timely episode from this past summer’s coverage of the 2019 Congress of the Humanities and Social Sciences. Listen as Terra Informer Dylan Hall interviews fashionista and not-for-profit educator Jess Montgomery of Think The World Differently. Montgomery holds an MA in the History and Theory of Contemporary Art from the San Francisco Art Institute, where she wrote her thesis on the role that fashion can play in perpetuating or challenging over-consumption. She is also a contributor to Not Just A Label, a designer platform for new and contemporary and artists.

We wanted to revisit this story over the holiday season because a central theme of the interview is the environmental and social impact of the fashion industry.

This time of year we are bombarded with messages to “buy this” and “consume more”. While there is a growing trend in zero-waste and gift-free practices, we still have a long and complicated system to unravel if we want to mitigate the negative impacts of over-consumption. Another reason to re-air the interview is the pressure to dress ‘fashionably’ at holiday parties and social events. As Montgomery explains, this doesn’t mean you have to mean buy something new. There are many ways to be an ethical and sustainable consumer while still getting your fashion fix.

This week on Terra Informa Dylan Hall ventures into the world of fashion. Dylan caught up with Jess Montgomery at the 2019 Congress of the Humanities and Social Sciences held at the University of British Columbia campus. Montgomery holds a BFA with Distinction in Art History from Concordia University, and a MA in the History and Theory of Contemporary Art from the San Francisco Art Institute, where she wrote her thesis on the role that fashion can play in perpetuating or challenging overconsumption.

She is also the founder of a not-for-profit organization called Think the World Differently that focuses on raising awareness about the environmental impacts of clothing consumption. She also writes for Not Just a Label, a global fashion industry platform.

Dylan and Montgomery chatted about the entangled environmental and social impacts of fashion and the textile industry, fast fashion and the whole system alike. She also speaks to her tenuous personal relationship to the fashion industry as someone who loves fashion.

People on the Path collaborative art installation at Found Festival in Edmonton. This by donation art installation highlights the voices of the diverse people calling for a just transition to a more sustainable and just future.

Public Transit in Edmonton may be about to undergo something of a renaissance, at least, if the city Mayor gets his way. Edmonton wants to expand its single light rail line into a comprehensive citywide network. The cost? At least $3 billion, but that hasn’t stopped the Mayor calling for at least three lines to be completed in the next six years. It would be a major shift for this car dominated city, as David Kaczan discovers when he talks to city councillor Don Iveson (blog). Councillor Don Iveson tells Dave about plans to fast-track the $3 billion expansion of Edmonton´s single light rail line into a comprehensive citywide network.

Carrying on the theme of David’s segment Myles blogs about Edmonton’s plans for public transit developments and the potential for green jobs in Alberta.

Here is the inspirational map of Edmonton Transit mentioned in the blog and David’s segment.

The best thing about politics is all the  possibilities for awesome jokes. This week Andy & Rebekah gives us an excellent demonstration of hilarious and educative political humor with a ‘how-to’ on effectively advocating your own environmental concerns with elected officials. Get your pens and pencils ready because this segment is as funny as it is informative &  remember 1)know your issue, 2) communicate effectively 3)be professional.

Last week Jade told us about Revolution Wear (Facebok), a socially and environmentally conscious fashion show at McMaster University. Today she follows up with an interview with Sapphire Singh, one of the show´s founders.All fund raised by this event go back to grassroots organizations, Hamilton Freeskool and OPRIG are the prefered designations for the proceeds of this year’s 7th annual fashion show entitled: “starting from scratch”…