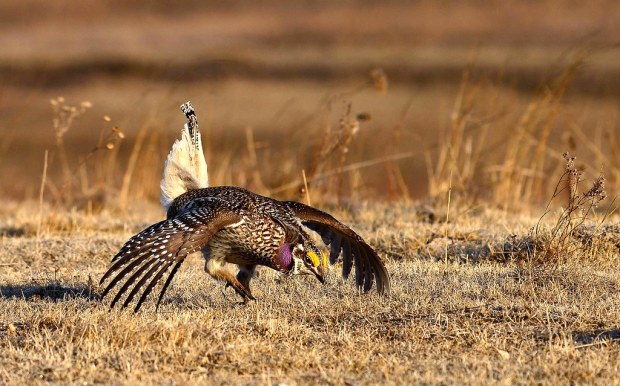 Find out your bird name!

Photo by Moore Laboratory of Zoology

This week we decided to shake things up on Terra Informa and take a page from one of our favourite podcasts, Radiolab! Specifically, an episode called Breaking Bad News Bears in which they tasked their reporters to pitch and produce a story about either breaking news or bears.  So we sent our volunteers out to report on either a breaking news story OR something that fits into the category: the unseen environment

We ended up with stories ranging from ancient organisms (both big and small) to deleted provincial parks and murmurations. We’re pretty sure that our reporters did an amazing job! What do you think?

This week on Terra Informa, we dig in to COP24 and follow a conversation between new Terra Informer Kesia and outdoor enthusiast Yuliya Fakhr. Kesia and Yuliya explore the independence and liberation experienced in the Great Outdoors, the connection between spirituality and nature, and what it’s like to be a first-time rock climber.

A recent study in the journal Nature Communications states the current climate policies of China, Canada, and Russia will drive climatic change of more than five degrees Celsius, resulting in catastrophic warming.  The authors state the metrics presented in the paper “translates the lack of ambition on a global scale to a national scale”, and that these findings should be a motivation for civilians, knowledge-holders, and decision-makers to hold governments accountable.

A new study from School of Planning at the University of Waterloo brings to light the way cars and urban planning often go hand-in-hand with elections and political views. The study discusses the effectiveness of urban planning efforts to make cities more environmentally  sustainable. Canadian researchers find that reliance on cars has led to car-centric urban planning which is further propagated by voters choosing politicians that want to maintain these unsustainable lifestyles.

On November 26 2018, ENvironnement JEUnesse applied to bring a class action against the Canadian government before the Superior Court of Québec on behalf of Quebecers aged 35 and under. They are suing the government for inaction on climate change, in light of the recent recommendation from the Intergovernmental Panel on Climate Change to avoid any delay as the Earth’s temperature is on the rise.

Delegates and government leaders are meeting this week for COP24, the United Nations’ 24th annual climate conference in Katowice, Poland. This year’s conference is being referred to as “Paris 2.0” because it is expected to deliver the set of rules that will govern the Paris Agreement along with the tools for its effective implementation.

Interestingly, this year you can participate, too. The UN created a “People’s Seat” for you to “virtually sit” and share your views alongside government leaders at the climate talks. To join the effort, tag your thoughts with hashtag #TakeYourSeat on social media.

Civic engagement is critical! Individuals can help by holding our politicians accountable – anything from voting and letter-writing to protesting are ways to demand that your government is working in your interest and the interest of future generations.

We’re also bringing you lots of information about upcoming environmental events in Alberta, including the Alberta Climate Summit and related events across the province. So tune in to find out what’s happening!

We all know bugs are important in the function of ecosystems but did you know about their importance in the world of forensics, or in the study of physics? This week on Terra Informa, we go to Chris Chang-Yen Phillips to discuss a murder investigation with a forensic entomologist. And after we hear about the physics of fire ants from our partners over at Science Faction.

Piecing together a crime can be a messy business. Police can run up against unreliable witnesses, or destroyed evidence. But what if the animals around a body could tell you a story about what happened? Chris Chang-Yen Phillips has this story from forensic entomologist and Simon Fraser University professor Gail Anderson in Vancouver.

Here is a link to Science Faction’s website. This was the first episode in an 8-part miniseries.
http://sciencefaction.ca/