Back by seasonal demand, it’s the return of Return of Misinforma: the show that turns up the heat on environmentalists. (For best results, return on April 1st).

We ask the questions that are too controversial for you to ask yourself—like what to do with Iceland? Do we really need water? Plus a special investigative feature on Canada’s radical, extremist environmentalists. And of course, it’s time for the annual Ezra Levant Award for Excellence in Excellence in Journalism!

Terra Misinforma’s regular shock columnist Chris Chang-Yen Phillips has an idea he’d like to get off his chest. It’s about a certain Scandinavian nation that’s become a hot tourist destination for those in search of a union of lava fields and icy slopes.

Reflections on Water: A Debate

Another great use for water.

What’s water really good for besides hockey, hosing down activists, and raining on parades? As far as natural resources go, water’s just a drop in the bucket, and we’ve decided to wash our hands of it. But unlike most media outlets, we try to get you both sides of every story, even if the other is patently wrong. So, to stand up for the big blue—or green, or whatever colour gets you hippies out of bed these days—eco-conscious Canadian Nelly von Hoser joined us in studio for a short and shallow conservation—errr—conversation on the merits of water.

You hear news on Terra Misinforma all the time about the misguided misdeeds of Canada’s environmentalists. Fortunately, our great government is starting to catch on. In recent years, politicians, pundits and police have all identified environmentalists as the leading threat to the nation. To tell us more, we’ve got Trevor Chow-Fraser, who went undercover in his fight to remain vigilant against domestic extremism in the name of environmentalism.

Our most excellent awards segment 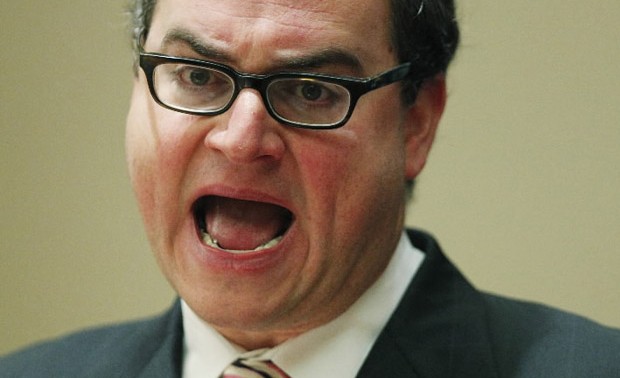 The one and only Ezra Levant.

(Well, you’ll just have to listen to find out silly)

It’s that time of year again! Spring has sprung across Canada and around the world. Why, consider all the lovely, errr, April showers that are gracing the east coast and central Canada. The blossoms are in bloom in Vancouver, at least. Whether you’re a gardener looking to get a head-start on seeding, or you’re in the ice-melter “Safe-T-Salt” racket, there may be something to gain from all the intensified solar heat due to the greenhouse gas effect and changing oceanic temperatures due to melting polar ice caps.

At Terra Misinforma, we’re always turning up the heat on environmentalists and this week’s no different. We ask the questions that are too controversial for you to ask yourself—like what to do with Iceland? Do we really need water? Plus a special investigative feature on Canada’s radical, extremist environmentalists. And of course, it’s time for the annual Ezra Levant Award for Excellence in Excellence in Journalism!

END_OF_DOCUMENT_TOKEN_TO_BE_REPLACED

This week on Terra Informa we get into the spirit of April Fools and decided to turn things on their head a bit, make fun at ourselves and try and have a laugh over some satirized environmental news coverage. We hope you enjoy this week’s show but you can expect your regular Terra Informa to be back next week. This week we look at the current 5 biggest environmental threats, hear about the most beautiful coal power plants and learn about the winner of the award of excellence in excellence, in journalism.

Federal Government Produces Budget That Sticks it to the Trees
On Thursday, the federal government released a budget that’s got it all; elimination of a progressive, environmental, think tank; shrinking the environmental review process down so small it could drown in the bathtub; not to mention putting millions towards stricter audits for radical hippy charities who insist on using small portions of their budgets for a political voice. This budget cuts the Canadian Environmental Assessment Agency’s funding by 40 per cent, and closes The National Roundtable on the Environment and the Economy, which was first established in 1988.  And it’s about time. Limiting the environmental review process for large industrial projects to a maximum of 2 years is exactly the kind of no-sense, blind and bold moves we’ve been waiting for from this soft on logic government.  This new law will open the door for projects to be approved based on real things that our country cares about, like stock potential and speculation.
Huge Opportunity for Parking Lot Missed With Creation of Rouge Valley National Park
There was one black mark in this week’s federal budget — turning a perfectly good piece of real estate outside Toronto into yet another national park. Hardcore eco-extremists have been pushing for decades to get the Rouge Valley turned into a park so they can spread their agenda of communist canoe trips and kumbaya walking trails to the unsuspecting families of Toronto’s mild-mannered suburbs. Inexplicably, they finally got their way. The Rouge Valley will be turned into some kind of tree zoo, passing up a chance to provide the locals with fifty square kilometres of urgently needed parking and freeways. (1) (2) (3) (4)
Bees Crying Big Bee Tears Over Pesticides That Aren’t Even Lethal
Scientists have found that bees are dying because they’re basically confused little crybabies. Two studies just published in Science looked at how honeybees and bumblebees are affected by neonicotinoid pesticides. They’re used in 90% of corn crops in the US according to manufacturer Bayer CropScience. But even though farmers aren’t spraying enough to kill the bees, they’re producing fewer queens and getting disoriented finding their way home. (1) (2) (3) (4) (5) (6)
Top 5 Countdown of Environmental Threats to Canada’s Security and Freedom

If you’ve never thought about how the environment can be a hidden threat to national security, take a seat, prick up your ears, and sharpen that tongue. I hope you’ve been moved to action against these heinous tactics of Mother Earth because citizens, if we’re going to finally do away with these tree-hugging, bike-loving, patchouli-huffing ecoterrorists once and for all, please, for the love of all that is sweet and mercifully 1%, contact your elected representatives and demand that we destroy the environment before it destroys us.

We all have people in our lives who quietly do the hard work without asking for any special credit. The teacher who stays up late grading papers. The mom who spends all day slaving away in front of the stove. Well, we decided it’s high time to honour the achievements of the unsung heroes behind our power supply: our coal plants. Live from the red carpet of the Coal Plant Beauty Pageant, it’s Terra Misinforma’s Andy Read and Rebecca Rooney.

This year, we’re also honouring one individual with the Ezra Levant Award for Excellence in Excellence in Journalism. It was no easy task to sift through thousands of nominations, however one man stood out. Kathryn Lennon is here to tell us who.